😷 "If 80% of Americans Wore Masks, COVID-19 Infections Would Plummet"

If you’re wondering whether to wear or not to wear, consider this. The day before yesterday, 21 people died of COVID-19 in Japan. In the United States, 2,129 died. Comparing overall death rates for the two countries offers an even starker point of comparison with total U.S. deaths now at a staggering 76,032 and Japan’s fatalities at 577. Japan’s population is about 38% of the U.S., but even adjusting for population, the Japanese death rate is a mere 2% of America’s.

This comes despite Japan having no lockdown, still-active subways, and many businesses that have remained open—reportedly including karaoke bars, although Japanese citizens and industries are practicing social distancing where they can. Nor have the Japanese broadly embraced contact tracing, a practice by which health authorities identify someone who has been infected and then attempt to identify everyone that person might have interacted with—and potentially infected. So how does Japan do it?

“One reason is that nearly everyone there is wearing a mask,” said De Kai, an American computer scientist with joint appointments at UC Berkeley’s International Computer Science Institute and at the Hong Kong University of Science and Technology. He is also the chief architect of an in-depth study, set to be released in the coming days, that suggests that every one of us should be wearing a mask—whether surgical or homemade, scarf or bandana—like they do in Japan and other countries, mostly in East Asia. 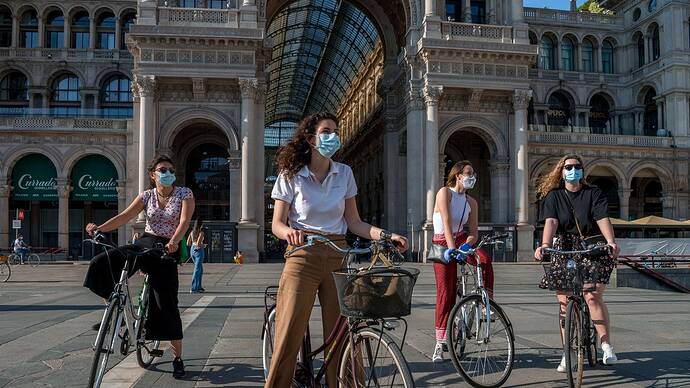 There’s compelling evidence that Japan, Hong Kong, and other East Asian locales are doing it right and we should really, truly mask up—fast.